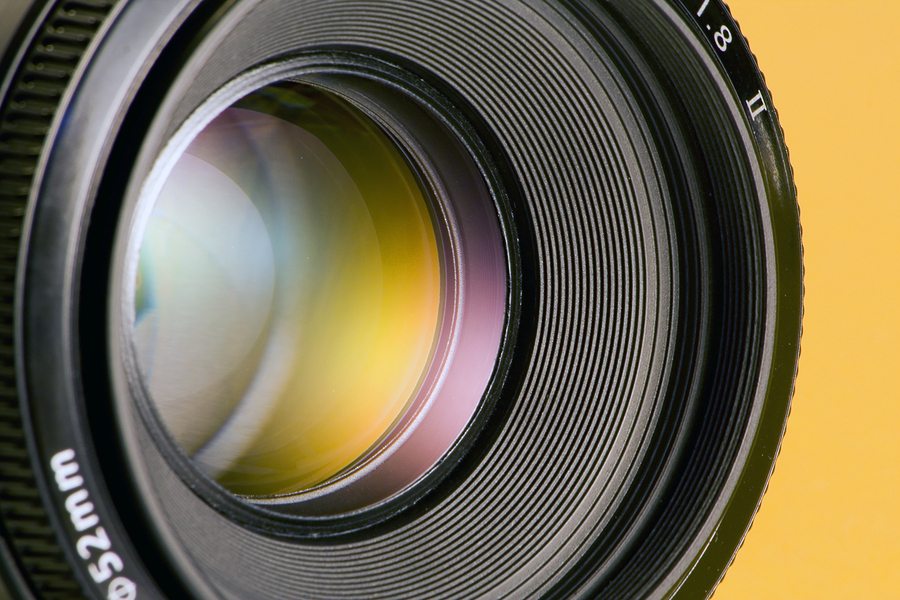 As an avid marketing blog reader, my inbox and Feedly are constantly filled with fantastic marketing techniques on Google+, Twitter, and Facebook.

Although I use these social media sites heavily, I’d like to bring in another extremely powerful (often overlooked) marketing platform to the table—YouTube.

At the beginning of 2013, my business partner and I decided to attempt a different marketing tactic for our (slow) growing drumming education company, Flight Drummers.

We constantly used Facebook and Twitter as our prime marketing resources, but it was soon apparent that the dream wouldn’t last long if we didn’t pick up more traffic or make more sales.

That month, we studied our competition hard and realized that Youtube was a rare marketing commodity in the drumming industry. Sure, a majority of drumming education companies had Youtube channels, but the view count, subscriber count, and interaction was minimal.

Seeing as this was a difficult marketing strategy for competition in our niche, we decided to capitalize on their weakness by filming some Youtube videos.

The following month, we geared up, filmed, edited nearly 70 videos, and began harnessing the true power of Youtube.

Within three months, we had accumulated more than 100,000 Youtube views with 1,800 subscribers, and by month 10, had generated 500,000+ views, accumulated a Youtube subscriber base of more than 8,400 people, and established paid members in 14 countries—primarily through Youtube.

Despite our current success with Youtube marketing, it wasn’t until we began following these eight steps, that we began to experience 2,000-3,000 views per day (5,000-7,000 views on release days) and a highly interactive subscriber base.

Although this sounds slightly odd, it’s necessary. Subscribe to channels that will be competing with you for views, subscribers, and ultimately sales. The goal is to learn from their mistakes and generate success–quicker.

A few things to study include:

Once you’ve done your research, you can begin developing a solid Youtube marketing plan.

This is probably the biggest ‘stopper’ for most people. (It was for me, too.)

Finding good cameras, editing software, and audio equipment can get quite expensive, especially if you don’t know what you’re looking for.

Depending on what you’re filming, you can get a setup relatively cheap, though. For simple setups (such as speaking presentations,) you could use the standard webcam on your computer, a blue microphone (for crisp audio,) and a free editing program like iMovie. (Less than $50)

This step will make or break your Youtube success. It can be very easy to want to create a Youtube channel and post anything for views. Don’t do it.

The first channel I created was comprised of cover music videos, Facebook Marketing Tips, and investment tutorials. (What was I thinking?)

That immediately got me a plethora of comments regarding the irrelevancy my channel had as a whole and discouraged me from posting any more videos.

Think about it, what do all the top Youtube channels have in common? They stick to a theme.

So, before you begin creating videos, find your common them and stick to it.

Consistency is hard. It takes time, energy and motivation–which is difficult to maintain when you have close to zero views and subscribers.

We tried Youtube Marketing on and off for about a year, but lacked consistency and averaged about 16-30 views per day. Once we established a consistency of releasing 2-3 videos per week, we hit 1,000 daily views within 1 month.

A great example of consistency is Ray William Johnson. He started his Youtube Video Blogging channel in 2007 and from his consistent posting of 3-4 videos per week, he has established one of the most well-known Youtube channels with more than 10.7 million subscribers and 2.6 billion views.

5. Add annotations to everything

Youtube has a great feature that allows you to have ‘annotations’ popup on a video while the viewer is watching. This is fantastic for building your subscriber base and letting people know of upcoming tours, product releases, free offers, etc. 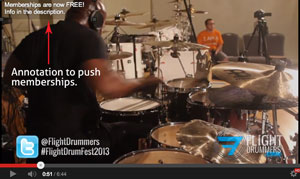 When Flight Drummers went on tour, we added an annotation to every video that encouraged people to purchase tickets for our upcoming drum clinics and festival. When we decided to switch from paid memberships to free memberships, we did the same thing and added more than 1,000 people to our membership waiting list in the first 2 months–all from Youtube.

If you’re looking to generate the maximum exposure possible, you absolutely need to host industry leaders as guests in videos.

When we first began our Youtube marketing, we were filming ourselves and growing steadily. Once we introduced guests, everything changed.

Our views doubled overnight when we released our first guest appearance and by time we had released all 11 of the guest’s videos, our views had quadrupled permanently.

Although guests can have an upfront cost, the ROI is incredible. Here are just a few reasons to have guest appearances on your channel:

Let’s face it, viewers like to spend as little time as possible searching for videos and more time watching them.

That’s where playlists come in. Typically, when somebody finds your channel, they like to easily find material that interests them. If you have a large quantity of videos and no playlists, finding the right video is like finding a needle in a hay stack. Very difficult.

Playlists allow you to categorize your videos into topics that act as a quick reference for viewers.

For example, if you had a channel that discussed business aspects and had 50 tutorials on marketing, social media, and blogging, then it would be beneficial to have playlists of relevant videos. (i.e. Content Marketing Tips, Social Media Marketing, etc.)

Pat Flynn does a great job with categorized playlists. 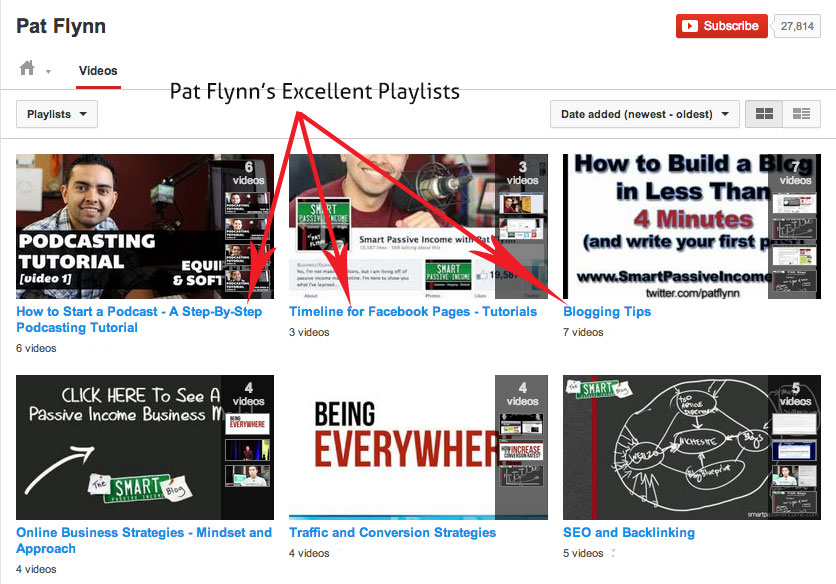 When a viewer is watching videos in a playlist, it usually encourages them to watch more videos, thus increasing view count. More importantly, playlists position your channel as an expert in it’s industry because they display your knowledge of relevancy in your videos.

The final and most important step to creating a successful Youtube marketing strategy is to let everybody know your release dates.

At the end of videos, in annotations, on social media sites, or even in the description of your videos, let every viewer know the days of the week you release videos. (i.e. Mondays and Wednesdays)

Just like running a successful blog, it’s important to generate returning visitors because those are the people who turn into leads, and eventually sales. I recommend emailing your list and announcing a video release on your social sites at least 24-48 hours to maximize initial views, shares, and comments.

Whether you’ve considered utilizing Youtube as a marketing avenue or are looking to improve your Youtube marketing efforts, these steps can help you reach those goals. We were able to accumulate 500,000 Youtube views in the first 10 months of following these steps and our business wouldn’t be the same without them.

Guest Author: Josh Coffy is the co-founder & Marketing Director of Flight Media Blog. He helps Flight Media generate thousands of monthly visitors and leads, along with overseeing all marketing & advertising clients. Connect with him on Google+ and Twitter.