a los angeles-based artist’s test run for a flip book he was making turned out to be a surprising and inventive method for animating still frames. federico tobon attached a reel of 24 simple, hand-drawn pages to the chuck of a drill, generating an endlessly spinning sequence of frames. as tobon engaged the drill’s trigger, the bit rotated the pages 360° and animated the cycle of otherwise static drawings.

detail of the power drill animating the still frames

while tobon’s power drill video was an extreme success on the artist’s instagram, the experiment was a mere happy accident. tobon continued the project by creating a prototype box out of foam core, which he used to evaluate the size before carving a more permanent wooden version. the final flip box box will be operated by a hand-crank, that users will turn in order to animate the frames. in the process of creating the project, tobon discovered that early versions of these type of machines were called ‘mutoscopes’ and were typically coin operated. the artist would also like to make work his coin-operated, as well. 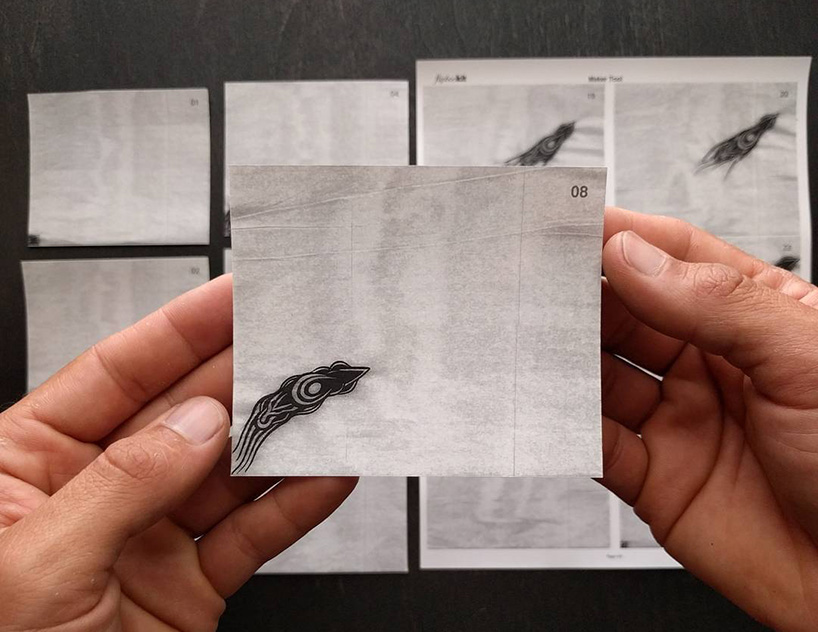 each of the sheets includes a hand-drawn illustration 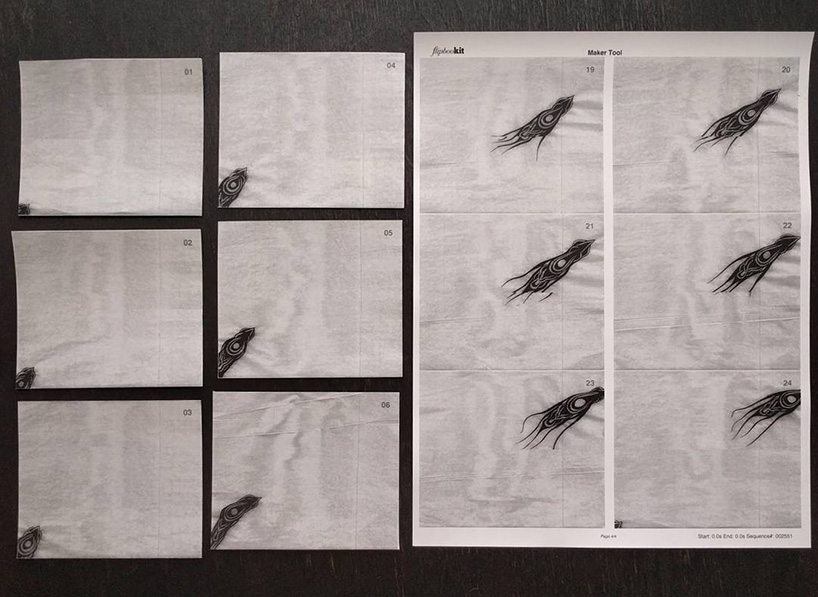 the sequence of pages were printed and prepared first 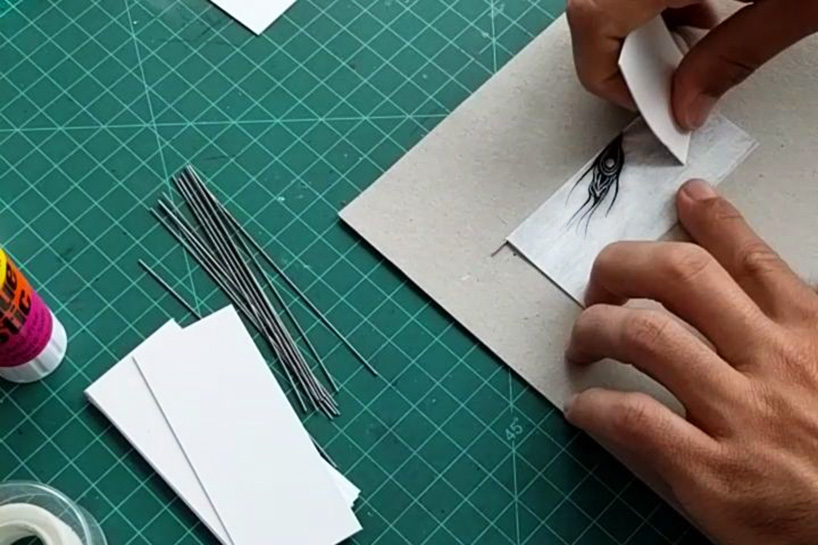 tobon readies the frames for animation 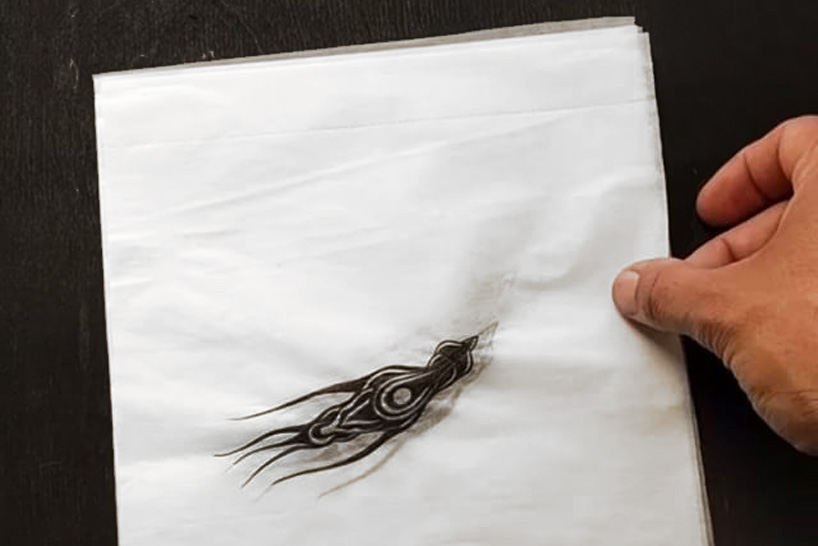 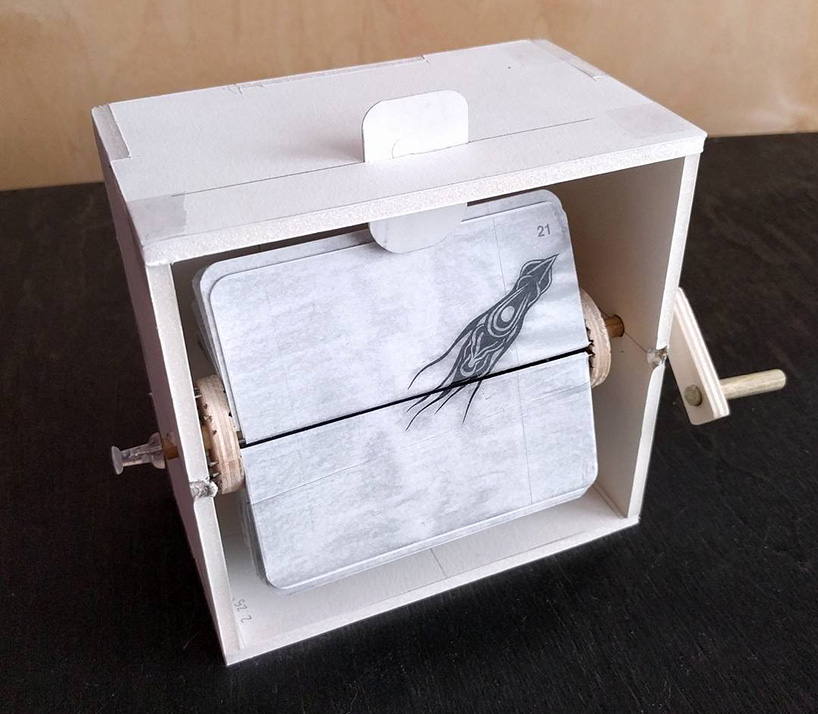