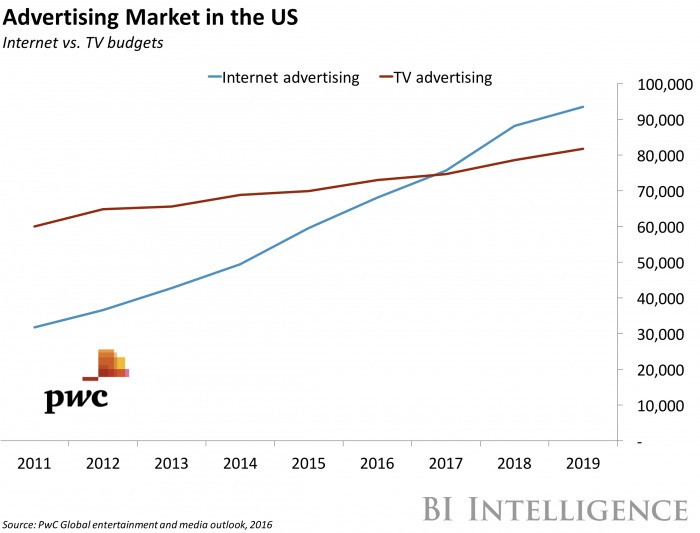 Facebook users can now watch videos posted on the social platform on their TVs through Apple TV or Google Chromecast, the company announced last week.

This feature strengthens Facebook’s position in the evolving TV ecosystem, and will help the company attract more ad spending relative to traditional TV. Digital ad spend is expected to match linear TV for the first time this year at $68 billion, according to Magna.

Porting Facebook videos onto TV will help the platform siphon even more ad spend from TV budgets by: