It would take 72 hours to watch all the videos uploaded to YouTube every minute by would-be commentators, comedians, cosmetologists and various other content creators all hoping for a breakout hit.

Charlie McDonnell, right, with a fellow video maker, Michael Aranda, has 1.8 million subscribers to videos he makes in his London apartment.

Jenna Marbles reveals whatever is on her mind to six million subscribers. 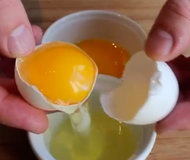 Readers shared their thoughts on this article.

And, let’s be honest, most of it is cringe-worthy.

While the vagaries of taste and timing determine which videos go viral and which YouTube channels develop large and loyal followings, it’s easier to tell which videos will make viewers feel as if they can’t click away fast enough.

It boils down to narcissism. If you’re an aspiring video blogger, remember, it’s not about you, it’s about who is watching you. Be conscious and considerate of your audience and its needs, rather than getting mired in your own egotism or insecurity. (It’s good advice for life but essential to making quality video.)

Of course you want to have a decent camera. “If you have an iPhone or Android phone, you pretty much do,” saidEddie Codel, a video consultant in San Francisco, who produces content mostly for corporate clients. A hand-held video camera is nice and offers more features and flexibility, but your smartphone is fine.

The only additional equipment you might consider is a separate lavaliere or lapel microphone ($100-$200) for clearer audio. And if there isn’t enough ambient light to illuminate your face, spring for a clamp lamp ($10-$20) that you can find at most hardware stores. No one wants to watch you talking in the dark like someone in a witness protection program. For a flattering glow, Mr. Codel suggested putting wax paper in front of the lamp to diffuse the light.

O.K., so now you’re ready to perform — and you are always performing when the camera is rolling. “If you can’t communicate in an interesting, entertaining, energetic way — I don’t care how much education you have, how brilliant you are, how many degrees you have — it’s going to be painful to watch you,” said Karen Melamed, a television producer and online video consultant in Los Angeles. “Dr. Phil is not on TV because he’s the best therapist in the world, and Paula Deen is not the best chef in the world. They are good performers.”

That’s not to say you have to have an outsize personality or acting experience. But you do need to be comfortable in front of the camera, which is no easy feat. “There’s something sort of horrifying and anxiety-producing about shooting when you are alone,” said Ze Frank, who has more than 126,000 subscribers to his YouTube channel and whose quirky videos can attract as many as 20 million views.

The camera lens is a dark, bottomless void that doesn’t provide the feedback you get in normal face-to-face conversation, like a nod, a raised eyebrow and utterances like “hmmm” and “aah.” Lacking that, people tend to focus more on themselves and, in their self-consciousness, become either bland and monotone (as interesting as a lecture on the Hawley-Smoot Tariff) or hyper-excited and agitated (as annoying as a used-car commercial).

Mr. Frank, who lives in Los Angeles, said he tended to “over-gesticulate and mug too aggressively to the camera” when he first started posting Web videos in 2006. Now he has another person in the room operating the camera. “It’s wonderful to have someone else there to tell you if you are falling a little flat or that look was so cheesy it’s just ridiculous,” Mr. Frank said. Buzzfeed bought his channel last year, and he is now the company’s executive vice president for video, while continuing to create his own content.

If you don’t have the money to hire a camera operator or a willing friend to watch you record, just imagine you are talking to your typical viewer. “Your only concern should be how it’s going to benefit who is watching,” said Eileen Winnick, a media consultant and former actress whose past clients include the celebrity chefs Ina Garten and Bobby Flay. “When you do that, you take the focus off yourself and put it into what you want to get across, which changes the way you communicate,” she said.

You don’t even necessarily have to be on camera. John Mitzewich, of the YouTube channel “Food Wishes,” never appears in his cooking tutorials, which can attract as many as two million views. All you see are his hands at work in his San Francisco kitchen.

“It’s not, ‘Here I am, check out my personality.’ It’s, ‘Let’s make this thing,’ ” said Mr. Mitzewich, whose clever voice-over might compare peaking egg whites to “a voluptuous woman under a white cotton sheet.” Allrecipes.com bought his channel, which has 308,000 subscribers, last year, but he continues to have creative control. “The whole ‘follow your bliss’ thing totally works out,” he said.

Online video is different from television or film in that the audience is often watching on a small screen (laptop, tablet or smartphone). Viewers are up close, leaning in and may also be interacting with the content by posting comments, so it feels more intimate. “The viewer wants to be spoken to as a friend would talk to them,” said Ben Relles, head of programming strategy for YouTube, a division of Google. “They view these channels as friendships.”

As a result, they gravitate toward creators who seem genuine and responsive, like Charlie McDonnell, a musician and professed nerd with soulful eyes, who has 1.8 million subscribers to the video blog, or vlog, he films in his London apartment. Or Jenna Marbles, who has attracted almost six million subscribers by her Tourette-like revelations of whatever is on her peculiar and profane mind.

Moreover, viewers appreciate content that they can’t get elsewhere. Creators are successful when they tap into “narrow but deep niches,” said Steve Woolf, senior vice president for content at Blip, a curated Web video site.

Paul Klusman, an engineer in Wichita, Kan., gained fame from his cat videos, in which he talks comically yet earnestly about the pleasures (companionship) and pains (kitty constipation) of cat ownership. The first video he made, “Engineer’s Guide to Cats,” was rejected by a short-film festival. But when he posted it on YouTube in 2008, it went viral with almost six million views and several marriage proposals.

He now has more than 33,000 subscribers with whom he regularly communicates (and sometimes dates). “I’m not a YouTube superstar, but I’m on the map,” said Mr. Klusman, who added that he also earns a nice supplemental income through advertising on his channel but “not enough for me to want to live on.”

While Mr. Klusman’s videos can be as long as seven minutes, most online media specialists say it’s better to crisply edit videos down to two to four minutes. That means getting rid of any vanity shots and self-indulgent rambling. “You want to be clean and concise, and if you don’t grab viewers in the first 15 seconds, they’re gone and aren’t coming back,” said Ms. Melamed, the producer and consultant. You don’t need fancy editing software either. Programs like iMovie and Windows Movie Maker, which come standard on many computers, are adequate.

A last bit of advice is to be consistent in churning out content. Post at least weekly if your vlog is topical. If you are more interested in building a library of content like tutorials, the time between postings can be longer.

“Be patient and realize you are probably going to be a bit terrible in the beginning,” Mr. Frank said. “If you don’t end up making a living at it, there are other reasons to create online media. It’s certainly a validation of life.”