Imagine an interactive experience where users press and play 16 different “TV channels” within the video in real-time. These channels are comprised of American TV formats in which, no matter how you surf, the hosts and actors are all lip-syncing the lyrics to “Like a Rolling Stone”.

The Bob Dylan – “Like a Rolling Stone” Interactive Video showcases a patented technology platform and marks one of the most innovative efforts from the musician (at least in terms of music videos and use of technology). Created by Interlude, it allows viewers to play master of the remote as you scroll through channels. 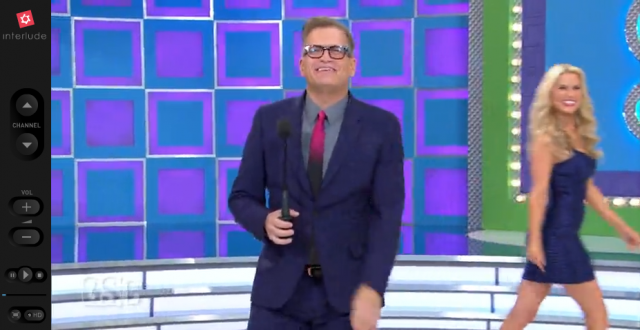 While the idea of multi-perspective storytelling is not a new idea – the crispness of the execution is second to none and builds into the cult status of both this seminal track and its role in music history.

A number of recognizable TV shows and stars are contained within the content. Viewers are already making connections between the characters, their appearance and the significance of Dylan’s music on modern culture. The full interactive video can also be experienced on mobile and tablet (iOS) and is easily shared across social media platforms.