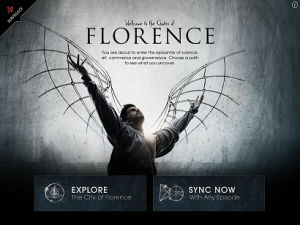 Starz is saying goodbye to its fan favorite Spartacus franchise, which has spawned numerous video games across platforms and created online virtual worlds for fans to explore. Now the cable TV network has partnered with Hollywood giant David S. Goyer, who penned movies like Man of Steel and The Dark Knight Trilogy and video games like Activision and Treyarch’s Call of Duty: Black Ops franchise.

Starz has worked closely with Goyer, the creator of the new Davinci’s Demons original series, which premieres after the finale of Spartacus: War of the Damned. While there won’t be a video game available for the first eight-episode series of the show, Starz has invested in a brand new second screen experience called Citizens of Florence for Apple iPad tablets that will allow fans to explore the real history of Florence and Italian Renaissance man Leonardo da Vinci. 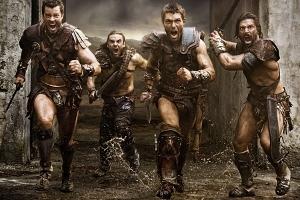 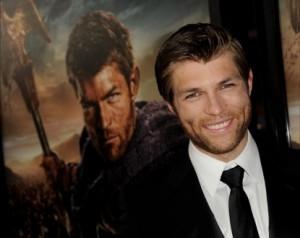 “It’s really kind of a gift to the viewers because there’s so much about Davinci that even as a casual viewer just coming into it, we expect there’s going to be a lot of interest in learning more about him and more about the inventions that he had so we just thought this app is a great way to make it really easy for everybody,” said Kelly Bumann, svp of digital marketing at Starz. “DaVinci had written about 13,000 pages of manuscript, but quickly after his death about 7,000 pages went missing. David created the full story line, although there are a ton of facts that the show is built upon. We think it will be really interesting for any history advocate who wants to explore what were in the 7,000 pages that were never published.”

Goyer told me his idea for this TV series originated before those games, although he is a big gamer. The fact that so many gamers do know something about Da Vinci from the games, which incorporated real history and historical figures into its fiction, is a plus for Starz moving forward if they chose to go the Spartacus route with the second season and unleash interactive entertainment. 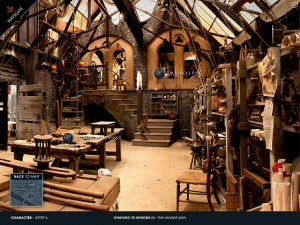 For now, Citizens of Florence is pretty cool. I was able to check it out early and there’s a lot to explore as the app syncs to each episode of the show. Bumann said Da Vinci’s Demons was a great show for Starz to develop this kind of extension of their programming because the topic itself is so immersive. Consumers can navigate this second screen content in two ways. They can either explore through a map-based experience of Florence through different characters or they can sync with the episode. Each new episode will unlock new content about the people, places and inventions in real-time during the broadcast, allowing fans to further explore the history behind the fiction.

Each episode also introduces a mini-game for players to engage in like a miniature crossbow game. Once they beat this challenge, it unlocks a video and a 360 degree view of the actual invention. There will be 60 artifacts in the ap.

“Fans will get exclusive videos that we’ve cut based on clips of the show and interviews with our historian and our creator David Goyer to add another dimension to the history and how actual inventions are used in the show,” said Bumann. “Over the course of eight episodes we have nearly 50 videos that will be revealed within the experience. What we’ve done different than other second screen experiences is instead of repackaging a lot of EPK or behind the scenes footage and typical web-based content, we created these videos from the ground up to be a true extension of the show.” 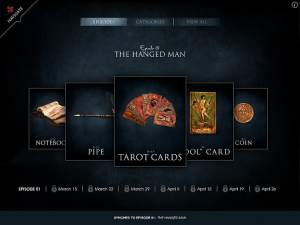 There’s also a role-playing game (RPG) element to the app. Players can tour the city of Florence as different characters like an artist, a thinker, a merchant, a clergy, a noble, or a muse. There will be 21 destinations that you can go and explore on the map by the end of the show, and 11 to start out with. These destinations will offer a 180 degree panoramic view of the city and there will be little Easter eggs that pull up additional content. The RPG element comes into play because only certain characters, based on class structure, can unlock certain areas of the map. The muse wouldn’t be able to enter an area, so fans will have to figure out that a noble or merchant will be needed to enter that area.”

Da Vinci’s studio offers a treasure trove of custom content created while the show was being filmed. Starz had a separate video crew working with Goyer during production to create the second screen content. As the show progresses, new inventions and content inside the studio will be unlocked. There’s also a mini-game involving a rotating pipe organ musket.

Da Vinci’s Demons is shaping up to be a nice replacement for Spartacus, although I’m still going to miss that show a lot. Goyer has proven himself in Hollywood and in the ultra-competitive gaming space over the years, so his take on one of the most-recognized names in history is sure to open up many seasons of adventures for Tom Riley, Laura Haddock, Lara Pulver and the rest of the cast. I’m looking forward to seeing where the show goes, and where potential game off-shoots go.