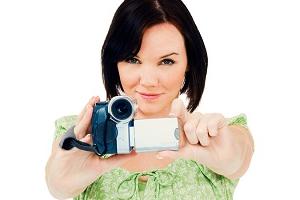 If you’re a Facebook user, you may have noticed that the videos in your  News Feed have been coming to life on their own, thanks to Facebook’s new autoplay feature.

Late last year, Facebook began testing its autoplay feature on users of Facebook’s iOS and Android apps. Videos uploaded from  personal Facebook accounts, verified Pages, and musicians’ and bands’ Pages  automatically play (albeit without sound) as users scroll through the feed. If  mobile users want audio, they simply click on the video; if they keep scrolling  through the feed, the video stops playing. A wider launch of the autoplay  feature is “imminent,” according to CIO.

Facebook’s video autoplay feature is great news for brands because it  provides a relatively non-intrusive way to get customers’ attention in the  social environment. Because Facebook’s autoplay videos don’t interfere with  users’ Facebook experience, they’re likely to be viewed as a positive  feature.

The silent mode for autoplay was a smart idea on Facebook’s part, even though  marketers would probably prefer more noise. Due to bad experiences on YouTube  and other websites featuring autoplay videos, visitors are conditioned to  despise autoplay—and they may abandon videos or content they’re waiting for  rather than sit through 30 seconds of a video ad they have zero interest in  watching. (Don’t you grit your teeth when you load a webpage and an unwanted  video takes over your screen, with the accompanying blast of sound from your  speakers?)

The user-friendly autoplay may get more engagement from people who are not  fans of pre-roll ad videos because they decide whether they want to watch.

Another nice touch: After users watch an autoplay video ad, they’ll see  options to view additional videos from the same merchant, allowing them to dig  deeper into the content.Because Facebook is creating a new model for video ads, merchants may need to  rethink how they develop their videos. You may need to create some videos from  scratch to take advantage of the benefits of Facebook autoplay. Because videos  are muted when Facebook users scroll, your visuals need to grab attention and  compel viewers to click on the video and get the sound. Watch your existing  videos with the sound off, and ask yourself if they tell a compelling story even  when silent. If they don’t, do some video reworking.

Another option is to build text into autoplay videos, which can help hammer  home messages supporting the visuals. Ideally, you want to grab viewers’  attention as they scroll down their Facebook home pages and see the silent  video. One way to do this is to include a special offer banner in the video,  such as 10% discount, and if you say that it’s a Facebook exclusive, you may do  a better job of luring viewers to click on the video and watch with sound. Or  you can add a banner that answers a burning question your buyers are likely to  have.

There is tremendous potential value in attracting video views from the  Facebook audience. In Facebook’s own marketing materials, the social network  claims it  can reach more people 18-24 years old than prime time TV can, giving it  powerful influence with this highly desirable group.

With 1.23 billion  monthly active users, Facebook offers a massive audience across all  demographics—one inclined to share content with friends, giving videos even more  eyeballs. Those are all great reasons for seeking out videos that work well with  the Facebook autoplay approach.