Social media marketing is a tricky business. It requires creating the right content, distributing it properly, building a community and staying on top of the latest trends. A lot of it comes down to trial and error, but if you’re a keen observer, you’ll get the hang of it. 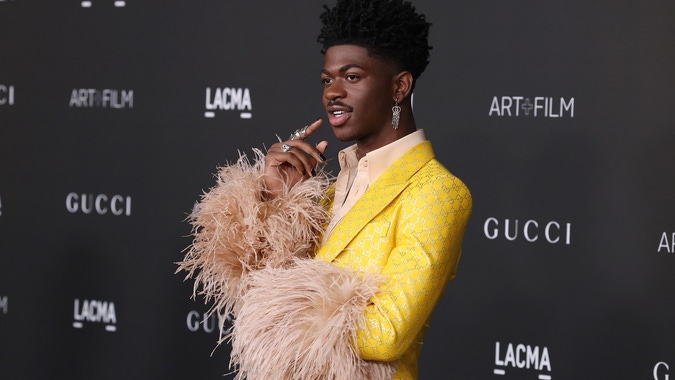 To learn about the online social landscape, I look at success stories outside the video production industry. And that’s where Lil Nas X, real name Montero, comes in.

The artist’s meteoric rise to fame may seem like a fluke to some, but if you looked closer, you’d realize there’s more than meets the eye. So here are six video marketing lessons I’ve learned from Nas’s career.

1. A couple of wrongs may set you right

Before “Old Town Road,” Lil Nas X released several songs on SoundCloud and experimented with different sounds to see what would stick.

This trial-and-error approach is key when it comes to video marketing. It’ll help you figure out what works best based on key performance indicators (KPIs) like impressions, views, watch time and more. You can then go on to create more of what works and fine-tune it.

Montero’s understanding of the internet’s attention economy is impressive. He learned about the ins and outs of Twitter when he was reportedly managing a Nicki Minaj fan account. This experience helped him learn how to hop on trends and make things go viral.

When Nas started singing and writing songs, his fans on the platform didn’t follow him for his music. They were there for the memes and engaging threads. To get around this, he composed a loopable song in a trending genre. The plan was to attach it to funny, shareable clips.

How did this strategy go? Well, on December 3, 2018, Nas paired a sound bite from “Old Town Road” with a video of a dancing cowboy and a link to the full song underneath. Now, considering that 68% of people spend more than a quarter of their social media time watching videos, it comes as no surprise that the clip (and its variations) garnered millions of views.

The track then spread to TikTok and eventually made it onto the Billboard charts. Nas later released a remix of the song featuring Billy Ray Cyrus; shortly after, “Old Town Road” hit No. 1 on the Billboard Hot 100 and stayed there for a record-breaking 19 weeks.

Social media plays a key role in Nas’s music promotion strategy to this day. He engages fans with fun content, and that’s the key lesson for video marketers: Don’t take yourself too seriously.

Keep experimenting, be candid and connect with your audience. Focus on what the people are interested in and find ways to relate to that. That’s how you get the audience to care.

Related: How to Build a Social Media Community: Content and Collaboration

Creating great content is half the battle. The other half is making sure people see it.

When clips of “Old Town Road” took off on Twitter and TikTok, Nas changed the title of his song on YouTube and SoundCloud to include the lyric from his viral video: “I got the horses in the back.” So anyone looking it up was sure to find it.

Similarly, as a marketer, you should have a strategy for boosting your video’s visibility. This is where SEO comes in, which includes conducting keyword research, writing compelling titles and creating eye-catching thumbnails.

You can also A/B test a video with different titles or thumbnails to figure out what gets better results.

To promote his album Montero, Nas posted over 200 TikToks in a month. Typically, he shares a combination of short videos and memes to generate hype for his music. But most importantly, he doesn’t aggravate his followers with the sheer volume of his posts because every post is unique enough that it adds value for the viewer.

This sort of consistency is what keeps you top of mind. So when you start posting video content, stick with it for a while and see where it takes you.

Lil Nas X also adapted. To promote his single “Holiday”, he announced a virtual tour on Roblox. The live stream boom is still going strong. In fact, our survey showed that 36% of marketers plan to experiment with it in the future. So for starters, you can take advantage of the live feature on social platforms to engage audiences. Host webinars or hold live Q&As and see what works.

If you want people to root for you or take action, you have to make them feel something. You can achieve this with pathos (an appeal to emotion — one of Aristotle’s modes of persuasion).

An emotional appeal will help you craft compelling messages. So, first, figure out which emotion you want your audience to feel and take it from there. Lil Nas X often uses humor on social media (evoking joy), and he likes to troll his critics, too. But it’s not all laughs and gags, he also knows when to be vulnerable, which strengthens the creator-consumer relationship.

Now, using pathos in marketing isn’t new but it’s something to keep in mind because a message that evokes emotion is one people won’t soon forget.

The New Yorker referred to Lil Nas X as “a pop star with a Warholian visual sensibility,” and I agree. But if it wasn’t for his online prowess, he wouldn’t be the star he is today. The same goes for businesses: If you can’t market yourself online, life’s going to be tough. So get into video marketing, learn from your peers and get inspired.