IBM’s YouTube channel is not, uh, typically the most engaging. Let’s just say that at certain points in the last few weeks it has uploaded PowerPoint presentations. But a weird, weird batch of videos posted today are changing that.

It’s a grouping of ads of science fact vs. science fiction when it comes to artificial intelligence.  The focal point is Watson, and how Watson is an improvement on AI systems of the past. Carrie Fisher plays a group therapist for the robots as the contend with Watson’s collaboration with humans.

Then it breaks out into the individual therapy sessions of the bots, like Duster Bot:

Or even Nana Bot:

Muscle Bot and Rick are also worth a … look? Oh, and to tell about how Watson can analyze for tone, there’s a borderline suicidal robot named Mope Bot:

It’s kind of nebulous, really. The ads seem to be bragging about the wonderfulness of Watson, but it’s less about who Watson is than who he isn’t. That’s understandable, given that we haven’t done a great job separating the sophisticated reality of artificial intelligence (which involves not exactly human brains) from the Bicentennial Mans of sci-fi and cheap sitcoms.

Nobody really seems to be watching the videos, so they’re not going viral. It’s hard to imagine any of these spots appearing on national TV. It’s hard to tell who the intended audience for these things are (except, perhaps, writers bopping around on YouTube looking for a story).

An advertisement with Watson himself and director Ridley Scott seems much more focused.

IBM is readying Watson’s capabilities for business use with IBM Watson Discovery Advisor. It makes sense to begin pushing for that in advertising. What makes less sense is Trend Bot or Lord Overbot being the vehicle for that. But there are plenty of AI fears out there, whether it’s using artificial intelligence to beneficial ends or just fearing some kind of Terminator future.

So maybe IBM trying to use these off-kilter spots to welcome us to the cognitive computer era (though, depending on who you ask, Watson may not be real AI at all anyway). But I guess it’s also a reminder that Watson isn’t just a Jeopardy! contestant.

Then again, maybe Watson should look a little more like this. 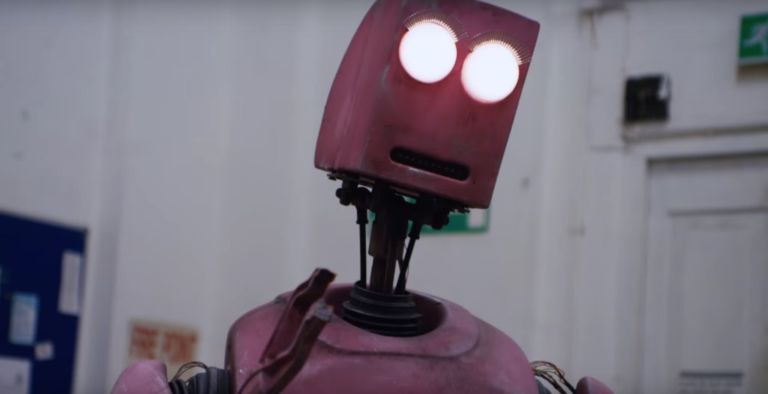