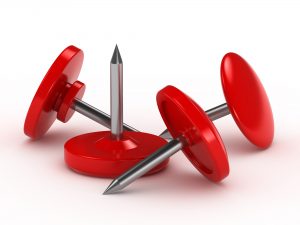 We’ve all become so accustomed to using the big social media sites for our digital marketing needs. Facebook, Twitter and even Google+ are becoming essential components for any online marketing strategy. There is one other platform out there that has a very powerful effect when it comes to marketing. One that many people already know about but don’t use. This is Pinterest marketing.

So we’re up to speed, Pinterest is is a pinboard-style photo-sharing website which allows people to create, post and share theme-based images in collections. The site was launched in 2010, and since then it has seen an amazing rise in the highly competitive arena of social media websites. The site quickly became known as a place to post beautiful images and messages.

This also led to it becoming known as a site predominantly used by women (Pinterest users are 79% women). This thought process led many marketers to avoid using the site for their company material as it didn’t really have that universal traction that the other sites are known for.

Well, unfortunately for those professionals, that is simply not true. Pinterest marketing definitely shows results. In fact, Pinterest buyers spend more money, more often, and on more items than any of the other top 5 social media sites.

As well as that, one of the most important reasons for marketers to use social media is for referral traffic (i.e. drive people to your website). Well, did you know that Pinterest marketing drives more referral traffic than Google+, YouTube and LinkedIn combined.

As we have mentioned before, one of the most popular and attention-grabbing pieces of content that you can have online is video. It has been proven that a video can entice audiences more effectively than simply images (see our other blog: The Power of Internet Video Marketing). But enough about that!

At the moment, not many companies have integrated Pinterest into their video marketing campaigns. However, through Pinterest Marketing, videos have been proven to be highly effective. You see, videos generally have a separate category tab on Pinterest, so it’s easy for your Pinterest followers to find videos among the images. But just to be sure that your content stands out, it is always good to put the word ‘video’ into your board titles and descriptions.

So there you have it! By combining one of the most effective tools in your marketing strategy with one of the most powerful platforms for referral traffic and click through rates, you should be in a very nice position to drive customers straight to your website!