Bob Bowman and his Major League Baseball Advanced Media have been in the mobile app business longer than just about anyone else. 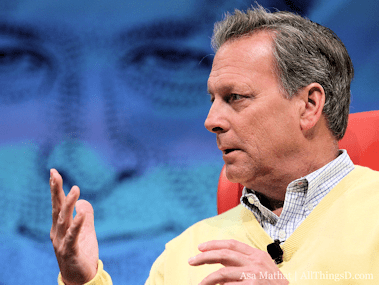 That means two things: “We started earlier, so our mistakes were made at a time when even keen-eyed observers gave us a break,” Bowman said at our D: Dive Into Mobile conference in April.

And second: MLBAM is the largest-grossing developer on iOS of all time, “just because we’ve been there the longest.”

What has Bowman learned over the past seven or so years? That mobile is the center of everything. “This is the screen everyone goes to first,” he said. “Reality’s the second screen, and this is the first screen.”

Bowman told Mossberg that MLB apps are opened 5 million times per day, with more than 1 million daily uniques. MLB gets as much as 85 percent of its revenue from Apple devices, though Android accounts for a significant and growing portion of usage.

Using iPad for Video: Equipment →
← SHOULD TV BROADCASTERS FEAR THE XBOX ONE?