Social Network Television Is The Next Wave Of Digital Entertainment

It should be no secret that short-form video is dominating the digital media space.

For a mobile generation of millennials who enjoy curated entertainment experiences on-demand, directly on their mobile devices, networks and media companies are continuing to break ground in the social entertainment space.

According to an Adweek report, 70% of marketers will increase their social media advertising spends this year, intentionally ramping up on organic tactics such as original content. Their goal is to steer away from paying for engagement, investing in the proven performance of quality storytelling.

“One of the fears I had was that since social media advertising grew, you might see some brands fail to recognize you have to support the organic side of it as well,” stated Jeff Rohrs, Vice President of Marketing Insights at Salesforce. “But it looks like the advertising will be complemented by the organic side.”

By 2016, marketers are expected to spend $189 Billion on advertisements in the states, an amount that represents 31.9% of the global ad market. That figure is slated to reach record heights by 2018, when mobile units will account for over 22% of all advertising spending worldwide.

In 2014, over $5.9 billion was spent on digital video advertising, growing by 41.9% from 2013. Although linear TV ads increased within the same time span at a much lower percentage (3.3%), the overall spend crossed the threshold of $68.5 billion.

With both millennials and generation Z naturally connected to social platforms and less interested in linear TV – choosing second-screen entertainment experiences – those tables are turning at an accelerated pace.

The success of digital streaming networks like NetflixNFLX +5.33% and Hulu, coupled with the new creative class of social content producers, shows that digital video is not only catching up, but is certain to lap the competition.

Social innovation follows the progressive pattern of storytellers, causing today’s emergence of visual voices to inspire an evolution into what I define as Social Network Television – empowering brands, media companies, individual creators and influencers alike to transform their timelines into networks — independently producing and socially distributing their own episodic video programming.

As a result, conversation-driven platforms like TwitterTWTR +0.42% — that have recently embraced both native digital video and original content — have an opportunity to revolutionize the social entertainment landscape for good.

“The very nature of Twitter – live, public, conversational, and distributed – has led to significant innovations in the way TV is both produced and consumed,” stated Anjali Midha, Global Media & Agency Research Director, in a recent report outlining twitter’s astounding impact on linear TV ratings and engagement.

“Twitter attracts millions of TV fans looking for a rich, interactive experience on what has become, in essence, the world’s largest living room couch,” Midha declared. “The savviest, most passionate and engaged TV fans gather on Twitter to enjoy their favorite shows, and as heavy viewers – influencers and social second-screeners – Twitter users are TV’s tastemakers.”

As social networks expand more into original video content, while marketers escalate spending in the space, and networks take advantage of the return on engagement Twitter offers – we’re sure to see a transition that reflects the essence of transmedia storytelling.

Networks, content studios and popular personalities will enjoy the freedom and rewards of releasing episodic, television-style videos without traditional TV format restrictions. This makes the next step for social TV, quite simply, putting TV on social platforms.

The flexibility in format also gives advertisers freedom to experiment with ad units, producing digital video programming that could replace existing pre-roll videos. Telling compelling stories in the context of a series allows pre-roll videos to range from 15-second clips, to pieces that exceed the two-minute mark without losing effectiveness.

Twitter conducted a study that found its users had an average TV ad recall of 53% – versus 40% among viewers watching TV without a second screen. Social TV viewers proved to be 13% more likely to discuss shows and 3% more likely to recommend programs, making the union of Twitter and TV a flawless victory for both advertisers and networks.

Their study also showed that 54% of those who saw brand-related Tweets visited the brand’s website or Twitter page, retweeted brand tweets, or said they would consider trying the brand. 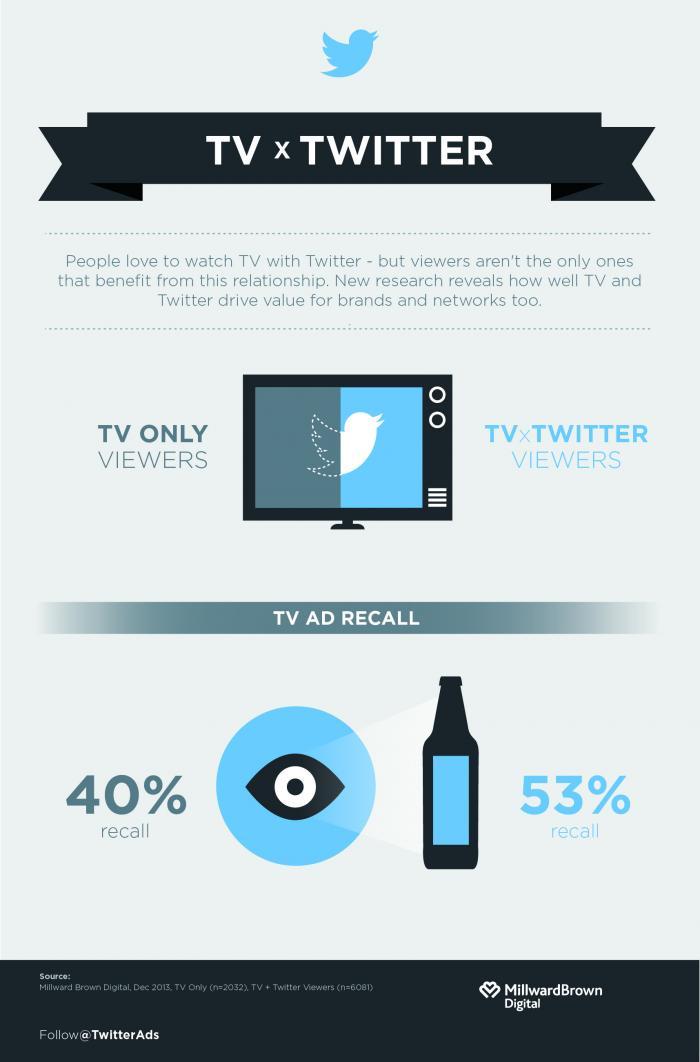 With the fan frenzy that surrounds prime time shows like Shonda Rhimes’ Scandal, could you imagine an Olivia Pope social spinoff exclusive to Twitter, where Kerry Washington, who plays the Queen of conspiracy fixing, tweets out short-form episodes on her timeline after each linear airing? It sounds interesting – and is now very probable.

With publishers leveraging media dollars to become full-fledge digital content studios, and streaming services like Spotify and Tidal announcing their commitment to engaging audiences through exclusive original video content – it’s simply a matter of moments before you’re watching your favorite shows without logging out of your timeline.