Los Angeles and Israel-based startup Social Studios has teamed up with actress Noa Tishby and launched an Entertainment Tonight-like Social TV show that features videos, status updates and photos from your Facebook timeline. 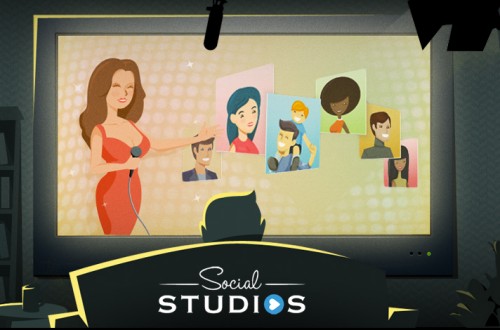 “Your Show” is a Facebook app for a Google Chrome browser to interface with the user’s account. Tishbi presents the prominent statuses, pictures, and video clips by Facebook friends alongside birthdays.

“Your Show is like ‘Entertainment Tonight’ meets Facebook. It’s a show starring you and your friends, produced from your Facebook feed. There’s a brewing fight for domination on the big screen in the living room and social media companies, including Facebook, Twitter and LinkedIn, have not yet delivered a compelling video experience. We aim to solve this by creating the first ever social media TV shows.”

You can make your own TV-show here, make sure to use Google Chrome.

My opinion?
I like the idea, but I’m a bit disappointed with the result. We have seen better productions here at ViralBlog.

A big downside is that you have to use Google Chrome to watch the video, and also it doesn’t seem to work (yet) on tablets or mobile devices. It feels a bit like a Google Chrome promotion…

Your Show is in my opinon a nice half-hearted attempt at turning your Facebook account into a TV-show, but the effort won’t go unnoticed.