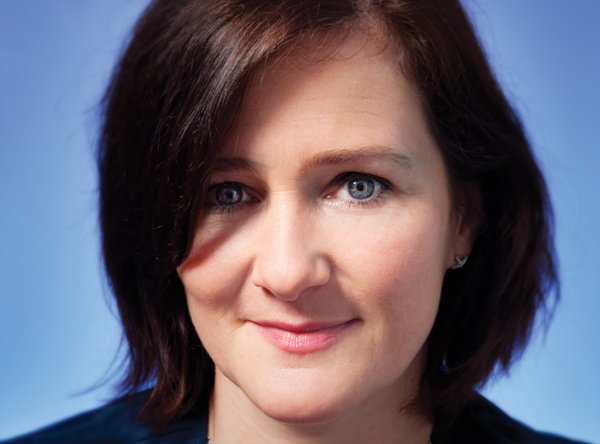 In the late 90s, we launched Flat Eric for Levi’s -“exclusively on the internet” – because, you know, the internet may not have been for the masses, but it certainly was where all the cool kids were at. My, how far we’ve come.

Mary Meeker’s fabled ‘Internet Trends’ report this year starts with a look back at two decades of the internet.

Hers is a typically data-driven approach that puts a lot in perspective:

As with previous reports, Meeker points out the lingering discrepancy between mobile adspend and mobile use, with the former still lagging the latter threefold.

Perhaps not surprisingly, at a macro level the data shows that internet growth is starting to slow down in the face of adoption cycles and insufficient infrastructure in developing markets with comparatively lower spending power.

In the midst of this, video, particularly mobile video, stands out in terms of its accelerating growth year on year. Users spend an average of three hours on their mobiles every day in the US, and more than half of that mobile traffic is now video (4bn video views a day on Facebook tell their own story).

But what is most striking is the degree to which mobile is dictating and accelerating… well, just about everything. In format design terms, vertical videos, once the laughing stock of the internet cognoscenti, are having the last laugh.

Meeker’s proof: the vertical viewing figures that are steadily on the rise and the fact that vertical is proving to be a more effective ad format – witness the nine times higher completion rate of full-screen vertical video ads on Snapchat versus horizontal mobile video ads.

The sound of silence

Facebook and Instagram’s muted videos are a practical solution to the fact that users don’t always want videos to autoplay with sound while they’re commuting or in a coffee shop. Creatively, we’re likely to see more and more text-based video, as publishers work around the issue.

And it’s not just video formats that are being driven by whatever is native to mobile. Mobile likes simplicity and speed. Mobile gets bored easily. Mobile doesn’t want to click through pages of stuff to consider. Mobile wants to buy right here, right now.

That enforced simplicity has enabled a rapid acceleration in the pace of progress: from text to images to video, and now, it seems, collapsing the distance between awareness, consideration and transaction. Meeker describes ‘Buy’ buttons as the next thing we should expect “to appear just as seamlessly” – in the process, reinvigorating the growth of ecommerce.

Ecommerce represents just 10% of total commerce. Taking all the friction out of buying via mobile might be the thing that changes that, once and for all. That shift will be driven, in part, by the platforms themselves. Facebook, Twitter and Google are all developing solutions: the latter recently declared “buy buttons are imminent” for its paid product-listing ads.

Meanwhile, Instagram has announced a focus on developing more action-oriented formats with links to purchase, and Pinterest has launched ‘buyable pins’ – a blue “Buy it” button allowing users to buy the product shown. Of course, sellers will be able to promote that same pin to users who fit their target audience profile.

For marketers, the implications are obvious: keep thinking about distributed and opportunistic commerce, not just the big old dotcom destination.

Pinterest claims its move answers one of the top demands of its users, who often find things they want on the platform but have to search elsewhere to buy. In that respect, stripping away friction between consideration and purchase feels as inevitable as Meeker suggests.

Our behaviours are like water, always finding the fastest path, wearing away the obstructions. Mobile user experience just happens to be the latest stream.

Facebook Changes Up Its Video Ad Pricing After Complaints From Marketers →
← Views or Sales? Video Marketers Reveal How They Measure Success