YouTube Collaborations: How Agencies Can Partner With the New Culture Makers

YouTube Collaborations: How Agencies Can Partner With the New Culture Makers

With audiences in the millions and engaged communities hungry for content, YouTube creators are attractive partners for brands. But if you want a spokesperson to smile and endorse a product, these creators are probably not the way to go. When done well, YouTube collaborations can do so much more.

Put Google research and insight behind your thinking

It’s simple. Brands bring the message; YouTube creators bring the pizzazz and viewers eager for content. Well, except that it’s not that simple at all. When creators share the spotlight with brands, the content needs to feel authentic on their channels and resonate with their unique audiences while also integrating a brand (or product) story. Success requires a shared purpose, creative thinking, and a good amount of finesse. Brands that can crack the code will get closer to their customers, gaining viewers and brand advocates along the way.

We hosted two panel discussions as part of our Firestarters series—one in Los Angeles and one at Cannes Lions—to talk about what’s worked and what hasn’t in the first generation of YouTube collaborations.

We took the insights from our panel experts and distilled them into four takeaways for agencies, brands, and the creators themselves.

1. Find authenticity from a shared purpose

The face of celebrity is changing. YouTube’s cadre of creators are more famous for who they are in real life than for playing characters. So it wasn’t surprising to hear Tom Punch, the global executive creative director at VICE Media, share that 44 of the 50 content collaboration briefs he’s recently received mention “authenticity” specifically. 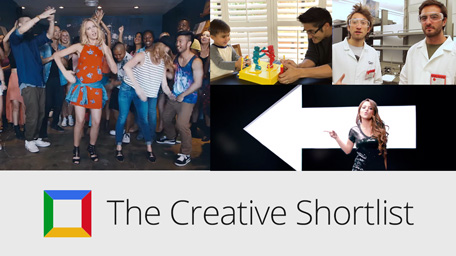 YouTube Partnerships: Why Sharing the Spotlight Requires Sharing a Purpose

What makes a winning brand and creator collaboration on YouTube?

Authenticity is one of those words that’s easy to throw around and really hard to get right. What does it actually mean? And look like? For YouTube collaborations, we agreed that authenticity is achieved by being true to the brand and by partnering with a creator who shares your brand’s passions and purpose.

Shabnam Mogharabi is a creator and the CEO of SoulPancake, a YouTube channel dedicated to uplifting content, which has amassed over 200M channel views in less than three years. She emphasized that any collaboration “has to be true to our audience. If our audience would not expect it to come from SoulPancake, then we aren’t gonna make it. If it doesn’t make sense, our audience won’t share it.”

Purina Tidy Cats recently approached SoulPancake looking for a way to connect with millennial cat owners. Together, they figured out the core values both companies share: optimism, stress relief, and a love of kittens (that was the easy one). And then they made the video below that over 8 million people have watched.

Kitten Therapy: The Prescription for Stress

The power of YouTube celebs is not just that they create content lots of people watch, but that they build communities. Hannah Hart is a prime example, having grown a community of 2 million subscribers with her weekly “My Drunk Kitchen” videos. She’s in a constant conversation with her fans and even thinks of them as her board of directors—they suggest recipes and aren’t afraid to speak up when they do (or don’t) like something. This level of symbiosis can be new to brands, so it’s important they understand what conversations are already happening in these communities.

How can brands join in, and not interrupt, these ongoing conversations? According to Pam Scheideler, EVP and head of digital production at Deutsch LA, brands shouldn’t treat creators like a distribution channel, pumping them with things to say about a product. Showing up and talking about yourself with no regard for how it’s being received is the surest way to kill the conversation.

Pam shared a collaboration that reflected a genuine partnership between a brand and a creator, but it felt suspect by the creator’s fans because it didn’t give them something they expected. “We worked with our client, Pizza Hut, to develop a natural collaboration with Jack and Jack, young YouTube singers, in which they made new pizzas in the Pizza Hut Test Kitchen. What we forgot to focus on is what Jack and Jack were giving to their audience. Their fans are used to coming to the channel to watch new music videos or funny skits from Jack and Jack. But we gave them a video of Jack and Jack making and eating pizza. The fans were quick to voice their displeasure in the comment thread, and no matter how much Jack and Jack said they were into the collaboration, fans didn’t buy it.”

Agencies might learn from how creators approach their audiences—and what keeps those audiences coming back for more. Nick Barham, chief strategy officer at TBWA, pointed out that more and more, we’re seeing influencers create content that doesn’t have a specific narrative or a single-minded message. That can be an uncomfortable idea for brands. But letting go of the need to create something with a beginning, a middle, and an end can open a whole new world of possibilities.

“What I think is interesting about working with these creators is they are continually pushing their platform of video, and thinking very differently about how you tell stories,” Nick said.

Matt Johnson, group strategy director at 72andSunny, talked about how agencies can give up some of the “preciousness” of the creative process. That could mean not focusing so much on production value, but also allowing creators to be themselves instead of expecting them to flex, unquestioningly, to the brand’s wishes. Matt believes, “Ultimately, if you let go of the reins and the preciousness that surrounds the typical creative process, it’s going to be something that will live on far more than just one spot.”

72andSunny’s successful “Left Swipe Dat” campaign did just that. A gaggle of YouTube celebs were able to bring their own unique take to their parts, and after the video was released, fans were encouraged to share their own lip sync versions of the song. Including the audience in the creative process required giving up some control, but allowed the conversation to continue past the original video.

YouTube gives people literally millions of videos to choose to watch. But with more options comes the need for more filters. People aren’t going to engage with content they only kind of like or kind of relate to.

Tom explained that VICE boasts a network of digital channels built around cultural passions and subcultural stories. Perhaps that’s why some of the top videos on VICE could be interpreted as “a little weird.” He believes next-generation branding will be about tapping into these subcultures and alternative face rather than pop culture and mainstream celebrities. Recent studies even show that certain YouTube stars are more influential and more popular than mainstream celebs among young people in the U.S.

That means agencies need to answer a very difficult question in every brief: Who will love this? Stuart Smith, a partner at Anomaly, said agencies should be asking, “Will people share it?” from the beginning. If brands and agencies don’t create content that addresses these questions, it gets tuned out.

This is actually a very cool opportunity for brands. What cultural edges do you want to play in? What content can you create that will help people indulge more deeply in their passions? To find millennials where they are, brands should maintain some edginess and tell unconventional stories. That’s a very different approach to branding than striving for mass appeal, but it can lead to an engaged community that’s eager for what you’re dishing out.

What content can you create that will help people indulge more deeply in their passions?

Knowing where and how a brand fits with a content creator is an art, and that’s where the agency’s role is as important as ever. Pam, of Deutsch LA, noted that planners and strategists have to continue to be culture hounds “to help these brands really hone in on what their real values are so that we can match them up correctly.” TBWA’s Nick also thinks that planners should “keep an eye out for the places and the times where their brands can have meaning. I don’t think there’s one recipe for it; I think it’s about understanding where they fit.”

Firestarters is a continuing series for the strategic planning community to debate the challenges facing agencies, brands, and planners in particular. To learn more, check out our recaps of past events and conversations.

Put Google research and insight behind your thinking

5 Brand-Building Ways to Use Periscope →
← The Latest Video Trends: Where Your Audience Is Watching